On 30th March giffgaff launches its 'Putting Community First' film. The TV campaign is supported by social and was filmed last year across the UK in both large cities and smaller towns. Everything was filmed on giffgaff refurbished phones - furthering giffgaff’s commitment to showcase and embrace the quality of this more sustainable product.

The film is a lovely poignant reminder of the importance of community, something giffgaff has been passionate about since their inception in 2009, and this is proof it’s still alive and well especially when people can’t physically connect with one another.

Abi Pearl, head of advertising giffgaff, said: “The team adapted quickly and all pulled together to create this whilst working from home. It is great to be working with such a forward thinking team enabling us to continue to support the talented folks within our creative community too.”

"More now than than ever being part of a community is hugely important, something giffgaff have been doing for 10 years and something we felt worth highlighting,” said Jim & Oli at MBB.

The idea, reflects the heart of what giffgaff are about, their members, and follows on from their Your Voice: Choose Refurbished. As the 'mobile network run by you' giffgaff believe the voice of people is more powerful than their own. So in 2020 they have given people a platform (or soap box) to share their view, and why they are ‘Putting Community First”.

giffgaff has always been a disruptive and market challenging brand, and their creative output continues to show this. Building on the previous 'Your Voice: Choose Refurbished' 'Putting Community First' showcases different people coming together, united by their shared perspective. giffgaff are renowned for presenting a point of view and is a brand which has regularly challenged the dominance of the big players in the mobile market by providing an alternative.

Production was handled by Like Minded Individuals, Make Films edited the films, the team at No. 8 worked on post production, and sound was by Wave. 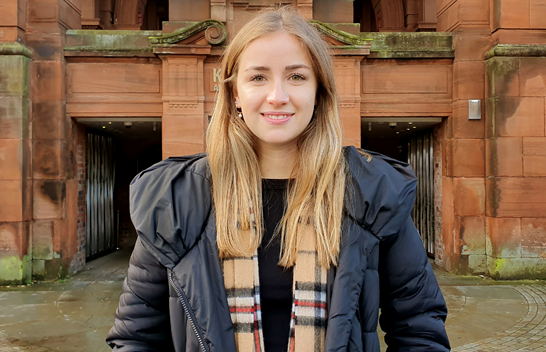